INGEOSERVICE is a participant of the «National Champion»

LLC «INGEOSERVICE» went through a competitive selection and entered into a priority project “Support of private high-tech leading companies” (“National champions”), which is supervised by the Ministry of Economic Development of Russia. The project is aimed at providing focused support to companies of various industries that have a significant potential to conquer domestic and foreign markets.

On January 18, 2017, in the framework of the Gaidar Forum-2018, official letters with confirmation were received. The choice of our company as the “National Champion” is a well-deserved recognition of high professionalism and testifies to the significant contribution of the company to the development of the high-tech sphere of the Russian economy.

Since 2016 the Ministry of Economic Development of Russia has been implementing the priority project “National Champions” to support private high-tech leading companies. According to the Ministry, the goal of the National Champions project is to ensure the rapid growth of domestic private high-tech export-oriented companies, leaders in terms of the pace of development, and assistance in the formation of Russian-based transnational companies on their basis.

The selection of the companies, participating in the project, was based on the national rating of fast-growing high-tech companies «TekhUspekh» of 2017, organized by RVС. Those, who met the criteria of the project “National Champions”, were invited for in-person expert sessions, which allowed assessing the development potential of companies for next 5-10 years. 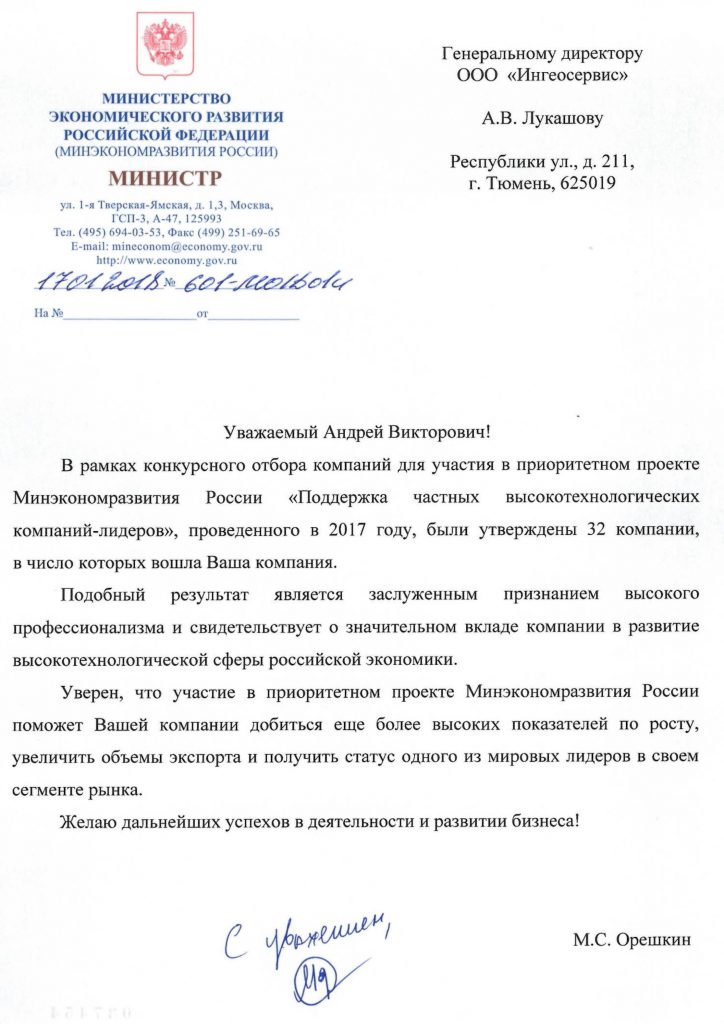