The main procedures completed during the interpretation of seismic data, are:

5. A valid choice of velocity model and the implementation of structural models based on it:

6. Design and analysis of structural maps of stratigraphic surfaces in target layers and key horizons. Evaluation of reliability of structural models with:

A.B.C.
The results of the seismic data inversion (A) in the sections of acoustic impedances (B) and hexahedron of gamma ray curve (C) in an Eastern Siberia area.

The results of the simultaneous inversion in one of the areas of Eastern Siberia: elastic impedances of longitudinal waves (A), elastic impedance of transverse waves (B), pseudo-density (C) and attitude Vp/Vs (D).

8. Conversion of the seismic attribute sections:

9. Designing maps of the intensity, heterogeneity and etc.
10. Construction of seismic attribute maps and their editing that is based on the sedimentation reservoir model.
11. The seismic facies analysis:

13. Creating a concept model of the deposit:

14. A geostatistical analysis of seismic attributes correlations and calculation parameters of the effective thickness and coefficients of open porosity in the reservoir: 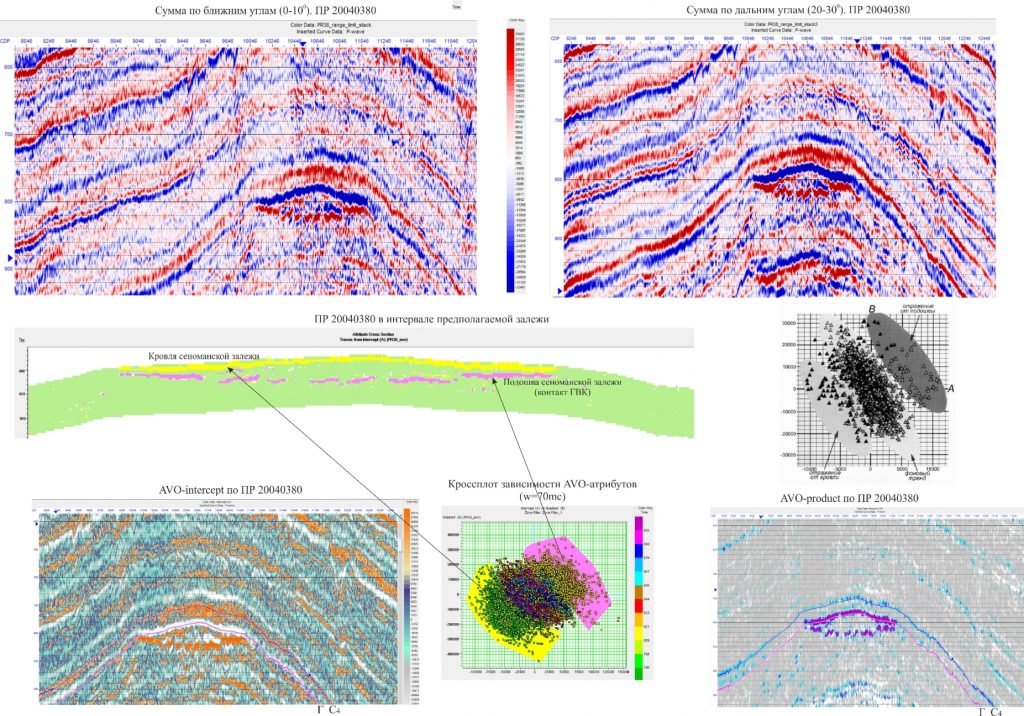